Posts tagged “the next”

Gotta love this take on the famous “Stretching Room” in Disney’s Haunted Mansion. THis one is themed after the Batman saga and features Harley Quinn, The Joker, Poison Ivy and Batgirl.

Fun fact: The stretching effect is achieved two different ways at Disneyland and Disney World. One has the ceiling rise, the other has the floor descend. Can you identify which one is which? Leave your guess in the comments section below!

A big thanks to the folks over in Germany for watching the Lost Parks series in such high numbers! Check out the latest demographics on the YouTube channel! 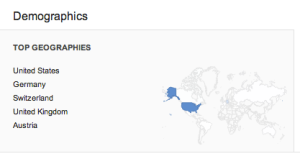 I knew working for a Zeppelin company would pay off at some point! 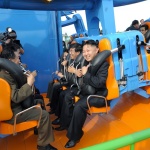 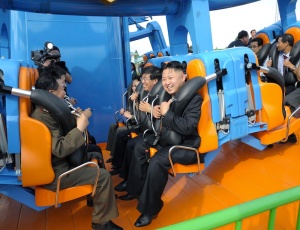 Set your foam guns to “master blaster,” amusement park fanboys! Looks like you’ve got some new competition for stingiest park visitor. And this one plays for keeps, what, being a Dictator and all…

Un was at a North Korean amusement park last year, where he took in the rides, the scenery and the crowds that were carefully staged to be there (probably at gunpoint).

But, he also lambasted the park for potential safety issues with their water slides, poorly maintained showering facilities, weeds growing out of the asphalt and even peeling paint on the rides.

First of all – who would have thought North Korea would even HAVE an amusement park. For most people living there, just getting food is a daily chore, let alone having FUN in the process.

Secondly – is this the first time we’ve seen a Head of State actually partaking in a thrill ride in front of the media? Who knows – maybe that’s why Mitt Romney lost the election – we didn’t see him on a coaster.

So, the inevitable question comes up – can we send Kim Jong Un to (INSERT ANY USA PARK HERE) to fix up some of our lesser maintained parks? Maybe we can call it a “goodwill” mission…