Amazing how many people survived today’s crash – but what’s more amazing was the “meh” attitude of some of the passengers AFTERWARDS! our thoughts and prayers are with those who were injured and may have lost loved ones today…

As a fan of flying and aviation – you always wonder about those people who ignore the safety warnings or don’t put away their notebooks after flight attendants tell them. Maybe you should re-think that the next time you fly… 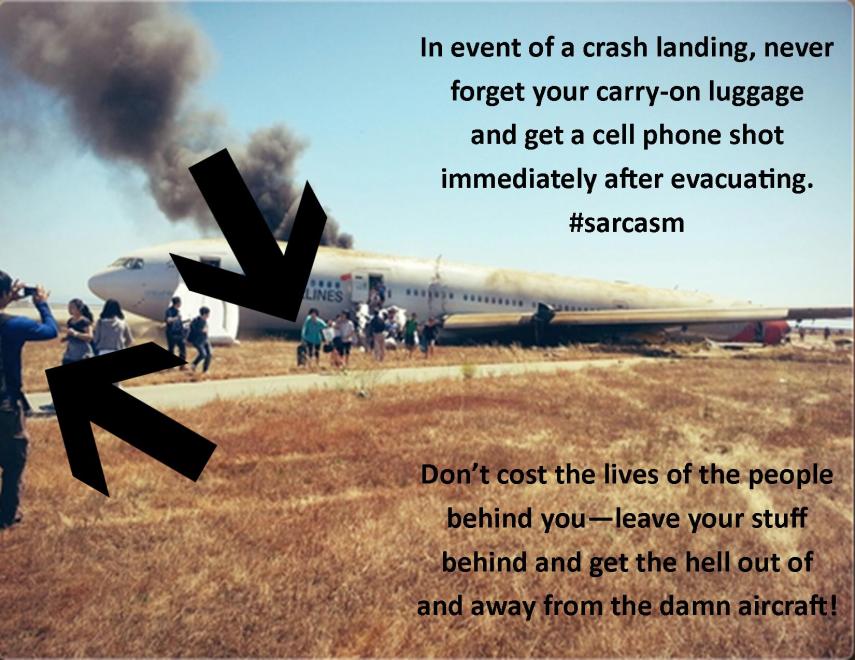 How to Not Evacuate an Aircraft. Photo illustration by Kris Rowberry.