On Saturday, Kings Dominion finally revealed their 2017 attraction that it had been building up on social media for several weeks – an expanded Planet Snoopy, along with a season-long photo service and in-park wi-fi.

And the reaction online was both swift and ugly: 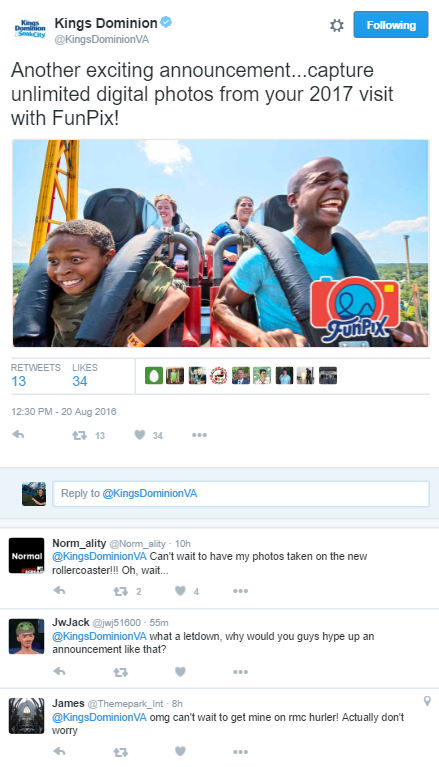 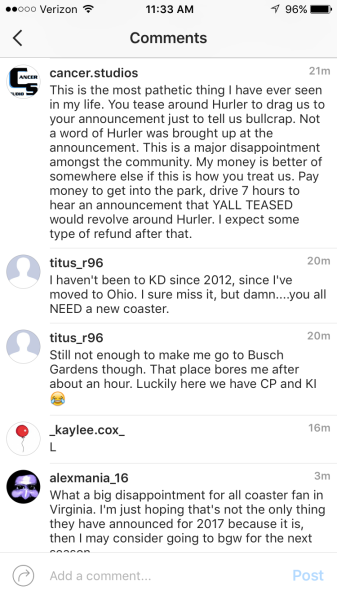 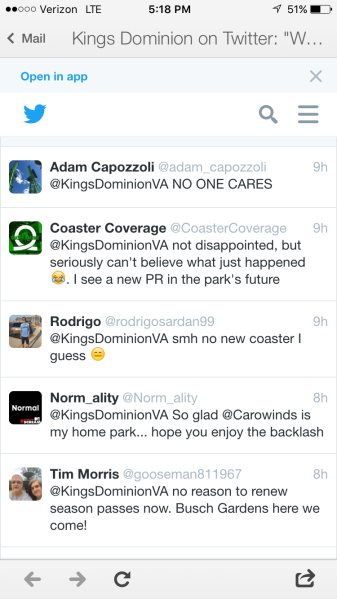 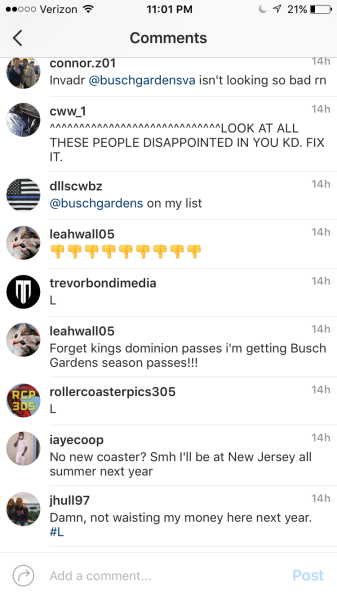 About 98% of the posts responding to the park’s announcements were negative. Park “fans” are incensed because they felt Kings Dominion staff purposely lied, teasing them into thinking something larger (and in their opinion, better) was coming (specifically, a Rocky Mountain conversion of their Hurler wooden coaster).

Here’s their reasoning – exhibit A is a tweet similar to this (which has been subsequently deleted). It features Snoopy looking at the Hurler roller coaster:

Exhibit B (they say) is this video, in which their PR Manager read fan mail:

The first question asks if green colored roller coaster track in an Ohio foundry is destined for Kings Dominion. He responds, “Green? No. It’s red.”

Apparently his sarcasm didn’t translate to everyone – as “fans” immediately assumed he was hinting at the familiar red track from Rocky Mountain Construction. Some fans got the joke:

But apparently, many did not – and therein lies the problem.

Exhibit C (they say) is the fact that the park announced the expansion as part of a big event, inviting pass holders and bloggers to come and hear the news first – two days after the rest of the chain announced their attractions. This led park “fans” to THINK the timing indicated it would be a major announcement.

The simple fact is this: coaster “fans” created their own narrative and reality, due in part to the echo chamber of social media and the constant searching for the latest rumors on ride additions. They had convinced themselves not only was a roller coaster coming to Kings Dominion – but that they the fans DESERVED one.

How can I say this with confidence? Because others did some research – yet were drowned out by all the fervor: 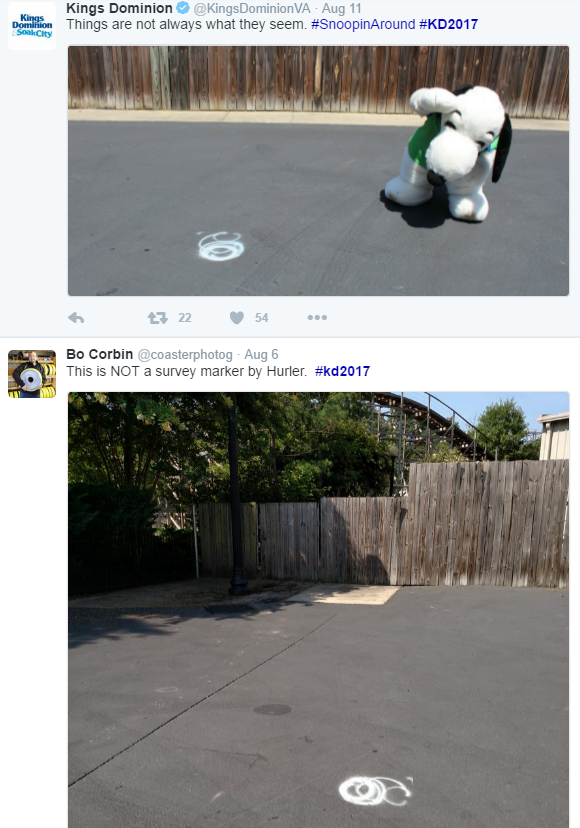 Now – should the park have used photos of Snoopy looking at a closed Hurler? In hindsight, probably not. Is it worth getting so worked up about, that you threaten the park, sharpen your pitchforks and hope the PR guy is fired? Hell no! (I’m looking at you, Instagrammers)

I want “ansers” too…like how you think your eight followers on Instagram constitutes a personal phone call from the park, apologizing for not putting in a ride that you wanted.

“Hype” that was driven more by coaster “fans” online who wanted a narrative, and didn’t get it.

In the end, this tease campaign made perfect sense – Snoopy is looking around the park, “snoopin’ around” as they say for his Planet Snoopy expansion. But the scale of the announcement vs. the attraction, coupled with the “echo chamber” and “need to know” community that is the online coaster “fan” made this the perfect storm for full-blown virality – in the worst way possible.

Welcome to the tightrope that is social media. Hope you’ve got a net set up below.