If you’re a corporate planner in the greater Silicon Valley or the head of your company’s “Party Planning Committee” – there’s a new venue that demands your attention…immediately.

Great American Thrills was given a VIP preview of the Great America Pavilion, which will play host to the official pregame party for the 49ers this upcoming week. We’re still overwhelmed from the experience of this VIP preview, however.

Let’s start at the beginning. Some will argue this is simply a refresh of the old “Paramount Pavilion” space that has been at the park for years. But that’s where the comparisons end.

The room can be set up in several different configurations. The park showed off three of them that day: The Holiday Party, The Product Launch and The Company Gathering.

As you’ll see in these photos, the whole place just oozed class – you didn’t feel like you were at an amusement park – it felt much more like a corporate retreat: 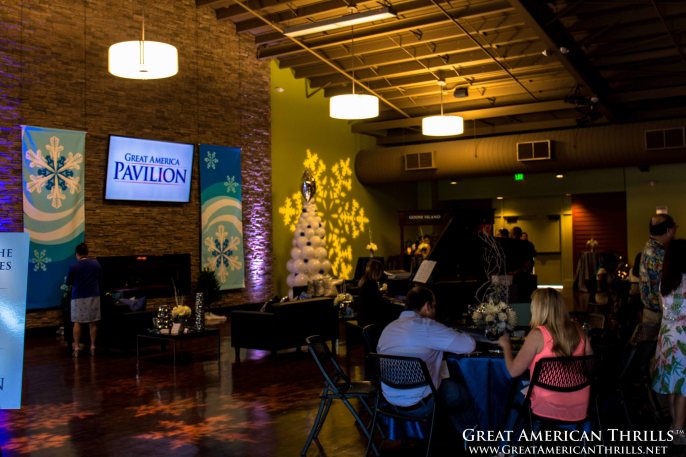 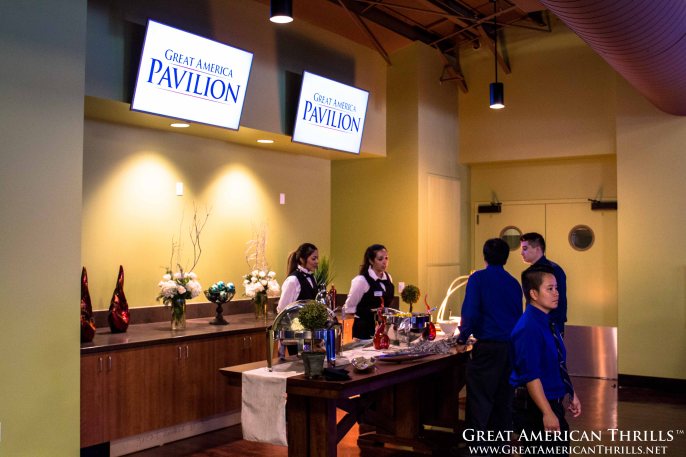 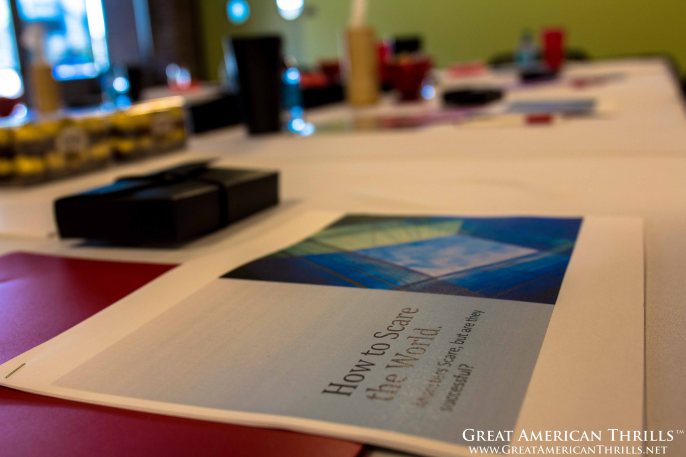 And then there was the food options – try to remind yourself that this is food at an amusement park – cooked at the park…FRESH. Each park in the chain now also has Executive and Sous Chefs. That should tell you everything you need to know as you view these mouth watering pics below: 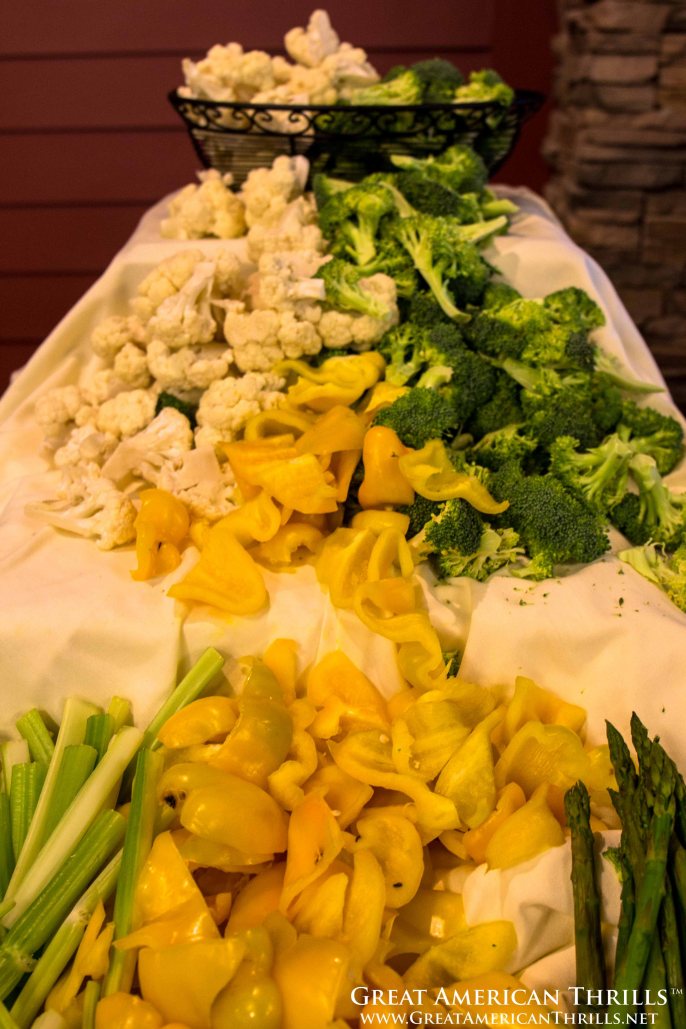 Just a few more of the space of this building:

The Peanuts Gang was also on hand for the unveiling event. However, don’t let the photo fool you – it was about 93 degrees outside that day! 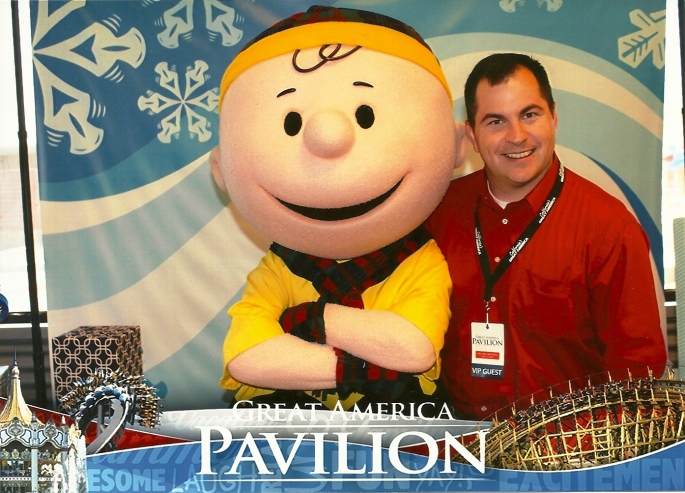 And out of nowhere, Charlie Brown wanted to take a selfie (good training, Clayton) so of course I obliged.

It didn’t work out too well with the 24mm lens on the T5i, however. Something about that giant head… 🙂

So, no – while it’s not a new ride or coaster this year as so many fans always clamor for – the addition of the Great America Pavilion will add an additional, significant revenue stream to the park and help keep it on it’s upward swing for many years to come. In fact, it just might be a better addition than a ride ever could be in the long run.

You can see why Cedar Fair wanted this revamp done here first – many companies in Silicon Valley are looking for new meeting spaces and CGA’s attached amusement park is a big selling point. I can easily see it going to other parks in the chain over the next few years.

Extra special thanks to California’s Great America for the hospitality and invite – can’t wait to see this facility filled up soon.

What do you say? Would you try to bring your group to this event space? Are you going to the Red Zone Pregame? Write us a comment below or on our social media pages – and let’s keep the conversation going!