It’s always great to receive new followers on social media – but some, such as the one I received last evening, are very special!

Thanks for the follow, Destination America – glad to have you along for the ride! This tweet brought to you by Verizon Wireless 4G LTE…

Destination America is a partner channel with Discovery Communications, and would be a WONDERFUL place to have Great American Thrills show just how amazing our amusement parks are – (wink wink, nod nod) after all…we invented them!

I look forward to sharing my passion of amusement and theme parks with you, Destination America – in addition to my extensive knowledge of Talkeetna, AK ; ) Have you ever tried their pancakes? 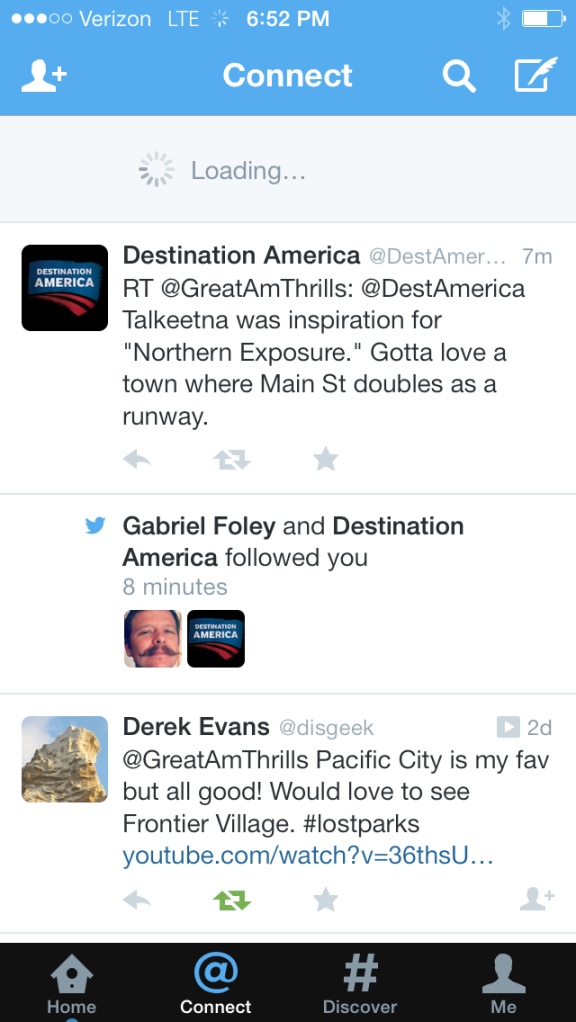