Disney Raises AP Prices – So Why Are You Complaining?

Disneyland has a problem. And it’s the best problem to ever have if you’re a business – too many people want to come visit you than you have room for.

So it should come as no surprise today that both Florida and California parks announced sweeping changes to their annual passholder programs, most notably eliminating the premium pass.

Now, before you start complaining about how high the prices are – take a minute to think about this: Disneyland in particular has become nearly unmanageable when it comes to crowds. Even days that were traditionally lighter have all but disappeared – as AP’s tend to visit those days. As a result, the overall experience of the park has lowered.

Now here’s where it gets interesting – buried deep in the Disney website is an interesting line: “Limited number of passes available…” Yup – there’s a limit to how many passes will be sold. Will you know when they’re low? What if you usually upgrade later in 2016?!? All legitimate questions right now.

Here’s some more turkey legs for thought: Disneyland was never designed to be a “season pass park.” They’re really brought this problem onto themselves by not limiting AP sales or keeping their prices so low that so many could afford them. The park was meant to be for a special occasion – maybe once a year or so. You can’t combine the tourist crowds with those who visit everyday and think the level of service and satisfaction will be the same. 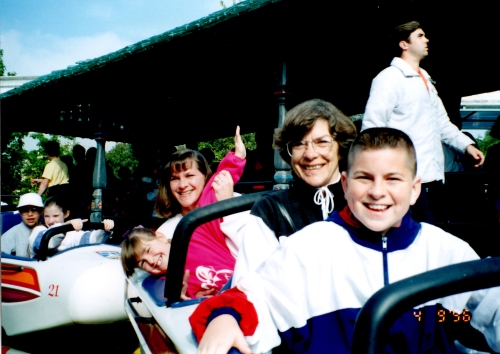 It’s simple supply and demand – too many people want something, there isn’t enough supply (capacity) so the only way to lower the crowds it is to make it harder to afford it.

What do you think? Is a $1000 too much to ask for for an annual pass? Tell me in the comment section below or on my social media links!