California’s Great America is about to celebrate it’s 40th anniversary this year. And from the feeling I’m getting via their social media and press releases, it sure is starting to feel like the park is about to blow a major opportunity to celebrate it properly.

Yes, the park is getting a revamped 4D theater – but that’s all so far for their 40th season. A milestone season. A season many people didn’t think the park would ever get to the first place (if you know it’s history).

Maybe I’m nuts, but as a fan, here’s five things the park can easily do to make the 40th beyond just “good” – they’ll make it GREAT:

5.) Bring back the history museum:

One of the coolest parts of ACE’s Coaster Con for me two years ago was the opportunity to be involved in designing and curating the history museum at the park. It was hoped it would help the park do a better job of bragging about it’s history – and gave the park the excuse to dust off a WORKING model of their Flight Deck coaster.

Sadly, the very next day – it was closed to the public. All that work for less than 12 hours of total operation. If you’re going to celebrate your history – you better be prepared to be PROUD of it and COMMIT to it.

4.) Have roving, themed performers in the park:

Again, a highlight of Coaster Con a few years ago (for local park fans at least) was the apparent return of themed dancers and singers to Orleans Place. Even the general public stopped in awe. This piece of Marriott-era showmanship evoked Disney-like tones and really should be made permanent, rather than just used for one event and discarded.

3.) Bring back the Demon’s theming:

A sore spot with me for YEARS (Ha! It’s funny ’cause it’s an older Arrow coaster, get it?) I’ve got on at length about this before, so I’ll make it as clear as I can – the Demon MUST have it’s special effects brought back for the 40th anniversary. Bonus points if you re-create the “Turn of the Century” sign.

2.) Retro merchandise in the gift shops:

Nothing is hotter right now than nostalgia – and theme parks tend to accumulate a ton of it in their lifetimes. Great America is no exception. If you’re looking for a perfect example of how to pull this off, take a gander at Busch Gardens Williamsburg, who’s most popular shirt this year – was for a ride that’s been gone for three seasons now (The Big Bad Wolf). 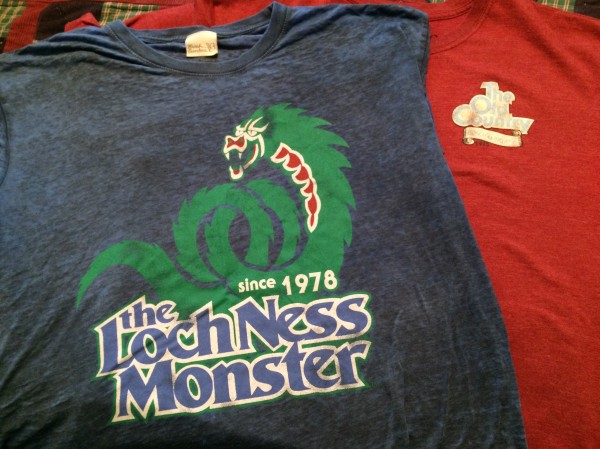 Admit it, you don’t just want a Sky Whirl, the Edge or Tidal Wave t-shirt now…

1.) Nix the fountains up front and bring back the swans:

Quick backstory: The fountains were added in 2001, to celebrate the park’s 25th anniversary. I think it’s time to revert the front pool to what it was originally intended as – a reflecting pool.

And what better way to class up the joint, than to bring back the elegant, trumpeter swans! 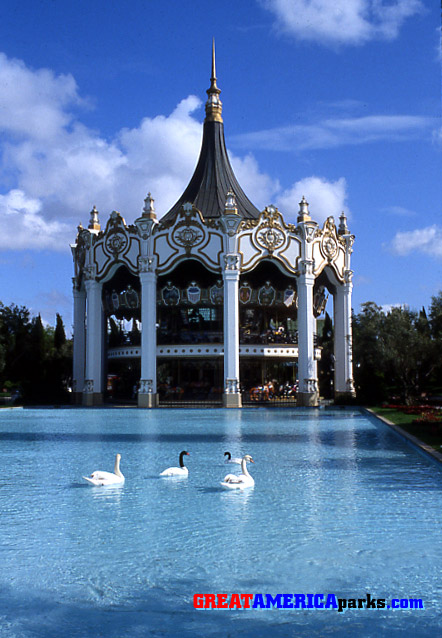 And yes, California’s Great America, I’m available for consulting – perhaps compensation via funnel cake is in order. Either way, you have my info…don’t keep me waiting.

What do you think? Are there any other things the park can do to help truly celebrate it’s 40th season? Leave me a comment below, or chat with me on your favorite social networks!