Amusement parks are not trying to purposely hurt or kill you 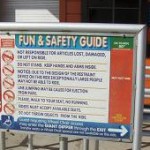 It seems like every week this summer, the news has stories of horrific injuries or deaths at an amusement park. With that, comes the predictable “I knew that ride wasn’t safe. They should have never opened it,” chatter online.

But, as hard to believe as it is: Amusement parks are not trying to hurt or kill you.

Around the turn of the century, things were different. Rides were a new concept and safety systems were, well – non-existent. In fact, a ride with a “killer” reputation was actually MORE popular, as people were willing to test their mettle against the machine. 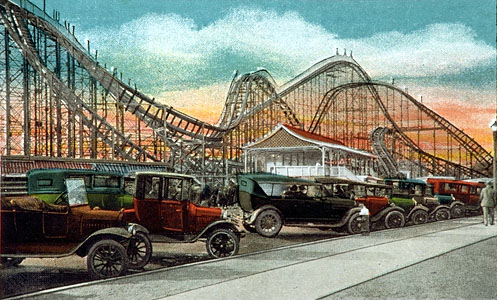 The Revere Beach Lightning was one of Harry Traver’s “Terrifying Triplets” and it earned that moniker by killing a rider on the first day of operation.

But as the industry matured, so also did it’s guests – and the demand went from a killer coaster to a safer one. Manufacturers responded with the lap bar, seat belt and over the shoulder restraint.

It’s no longer in the best interest of a park to have a ride that’s not safe – and that’s been the case since the 1920’s. Coasters and flat rides can be millions of dollars of investment – and one accident could turn that investment into a fancy lawn ornament.

Yeah, there’s always the exceptions to the rule, but thankfully in this industry – they tend to be easy to spot. If a ride doesn’t “look” right – it probably isn’t. And if you don’t like the way it looks, you don’t have to ride.

So, with this rash of incidents across the country – could better oversight lead to safer rides? I’m not sure. Currently, the states regulate amusement rides, to varying degrees depending on location. Could a uniform standard be better? Maybe. But uniform rules have their drawbacks, too.

It’s hard to create a “one size fits all” methodology for the entire United States. If we can’t agree on anything in Washington, it would be tough to push through legislation that would work fairly for everyone.

I repeat this stat often, because it’s worth repeating: You have better odds of being injured driving to an amusement park than you do while inside. You may hear about a deadly crash on the freeway, only mentioned as a “Sig Alert” in a traffic update. A death on a coaster, however will cause the news choppers to be summoned to the scene.

So go to your local amusement or theme park with confidence – just follow the safety rules. A park doesn’t want to hurt or kill you, despite what the internet says. Because if they did – you wouldn’t be able to go back and spend more money there…