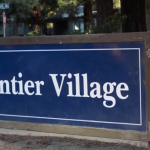 These are the days I look forward to the most. After several months of blood, sweat and tears, we are finally ready to pull back the curtain on our latest “Lost Parks of Northern California” – presenting San Jose’s beloved Frontier Village.

Be sure to LIKE and SHARE the video with all your friends, family and favorite television networks and personalities – let’s make this the biggest Lost Parks episode EVER, TOGETHER!