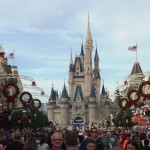 After flying in yesterday and adjusting to the time change (best as you can) I’m ready to start writing down my thoughts – with some leftover pizza and a Blue Moon at my side.

Today, I was able to visit the Orange County Convention Center for the first time, to help set up the ACE booth as well as pick up my badge for the big IAAPA exhibition. For the first time, was able to see incredible scope of the event. As big as you might think it is – think BIGGER. Of course, the floor isn’t even finished as I type – so it’ll only feel larger by this time tomorrow.

Afterwards, I had lunch with American Coaster Enthusiasts President (and roommate for the week) Jerry Willard – that’s when he brought up his afternoon / evening plans…a trip to the Magic Kingdom.

I bit. It’s been 20 years since I last visited Florida (for Disney World with my family). And boy, was the trip out there today worth it. 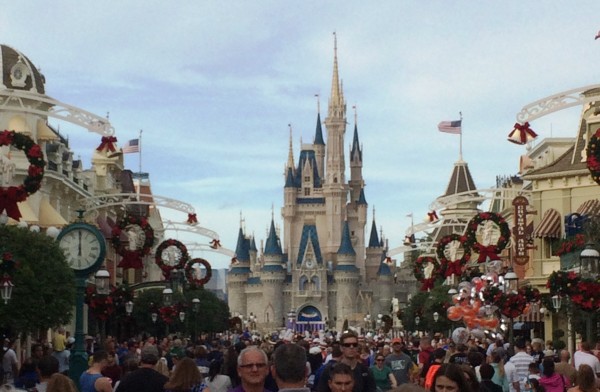 Turns out, not only was the “Mickey’s Very Merry Christmas Party” significantly less crowded than it was during the day (the park closed at 7 to the general public), they gave you all the cookies and hot cocoa you could down AND it was CHEAPER to get in, too. Every ride was either a walk on or well under 30 minutes.

If you don’t mind Christmas being jammed down your throat a little too early, this is a great way to experience the Magic Kingdom at breakneck pace, yet still get everything in, too.

Oh, and the fireworks were incredible as well 🙂

Day Two has technically already arrived, so expect a blog post late Monday night. Until next time, everyone! 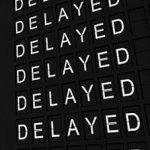 Remember when new rides and attractions opened with the start of the season at your local amusement or theme park? That’s certainly not the case this year.

A record number of attractions are still fighting to open up for the season, this as many parks pass the halfway point of their operational calendar.

And it’s not just one factor that’s throwing things off – it would appear the entire industry ran into a figurative “buzz saw” when it came to opening attractions on time this year. Here’s a list of attractions off the top of my head that have found themselves “behind the 8-ball” just this year:

Now, I say “behind the 8-ball” for this reason: parks advertise their newest product to get people excited to come back next year. But if you (or your group) came early in the season, you more than likely missed out on the new attraction completely (at least, this year).

Even professional park travelers like myself plan for and anticipate delays for new rides – but even we’ve been taken aback at rides opening beyond the Fourth of July – especially in seasonal parks closed in the winter.

So what’s behind all these rides having what I consider to be major delays in opening? Are they too extreme or complex? Or is it sometime much simpler? Let’s take a closer look:

This was the worst winter on record east of the Rocky Mountains. In many cases – construction couldn’t even start until the snow was moved and the ground thawed. Sadly, that didn’t happen until April in some places. (It was still icy in the Great Lakes in JUNE).

There are only so many pieces that can be built by these companies, some of which employ less than 50 employees. If a company waited to buy a product until late in the season, they’ll be at the end of the line, so to speak to receive their new products.

“Red tape” has done more to kill off parks than it has to make them safer!

If you’ve ever played the game “RollerCoaster Tycoon” you know it’s quite easy to build new attractions. But if the game were to be truly accurate, players would have to spend more time in the local permits office than managing their park. The litany of paperwork and regulations ended up killing a famous water park here in California.

While most point to the Golden State as the epicenter of red tape (See Gold Striker’s struggles to finally open) the East Coast is now getting into the act.

After a brutal winter prevented construction for most of the off-season at Six Flags Great Adventure, Zumanjaro – a world record free fall in New Jersey, was finally ready to open for season pass previews after months of delays…

…only to be told by the State that their ride inspector would not be able to get out to the park to officially sign off on its operating permit. Whoops. 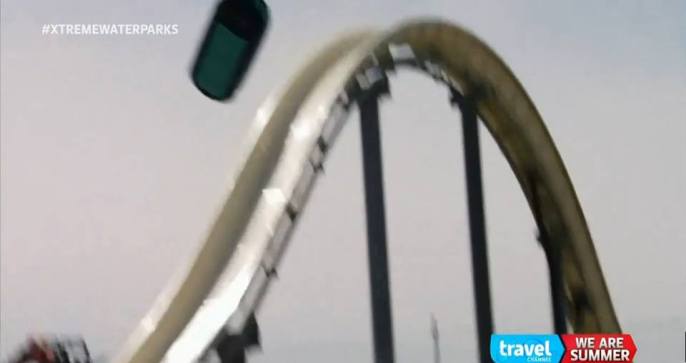 Verruckt required a complete re-design after tests showed it wasn’t performing as predicted.

Whether it’s too complex in terms of computer and electrical systems – or just a bad design to begin with – sometimes rides don’t transfer perfectly from the computer and drafting board to the real world. All parks (except the old Action Park) have guests’ safety as their number one priority – and if it means opening a ride late to ensure it does not hurt, maim or kill people – it’s a delay that’s always worth taking.

So will all of the rides and attractions open by the end of THIS season? Only time (and a host of other factors) will tell. One can only hope that parks can get “back on schedule” next year and start debuting rides when the season begins (or shortly thereafter).

What do you think? Are there any other factors I might have missed? LEave me a comment either below or on my social media channels – I’d love to hear what you think!