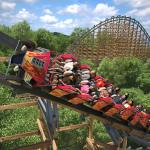 Shockwaves are being felt throughout the coaster and park enthusiast community today as several Rocky Mountain Construction coasters around the world have been closed “until further notice” due to an apparently defective train cylinder.

Kolmården Park issued a very detailed statement late Saturday, saying a cylinder on the rides’ train is to blame for the delayed opening.

On a banner on their homepage, Dollywood posted: “Lightning Rod is closed today. The ride manufacturer ordered all of its roller coasters closed until further notice as a recalled mechanical part is replaced.”

However, several RMC coasters are still operating as of this evening.

The Joker at Six Flags Discovery Kingdom has been experiencing quite a bit of downtime since officially opening late last month, although an exact cause for it has not been announced. It, along with Twisted Colossus are currently open as of Saturday afternoon.

Hayden, ID-based Rocky Mountain Construction has yet to issue any statement on the recall or what was the impetus for removing their rides from service so suddenly and abruptly. Sadly, this has led to rampant speculation and rumors online. 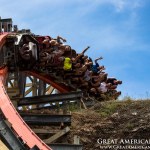 There are roller coasters – and then they’re EPIC roller coasters. Iron Rattler at Six Flags Fiesta Texas is one of those attractions that takes your breath away.

Once the tallest wooden coaster on Earth, the Rattler was transformed this past off season to include Rocky Mountain Construction’s Iron Horse Track (similar to the track on Texas Giant just a few hours north). The ride is now smooth, powerful and FORCEFUL  – definitely a steel coaster that should rank in your top three in the world after you ride it.

Did we mention there’s a clever inversion on it, too? 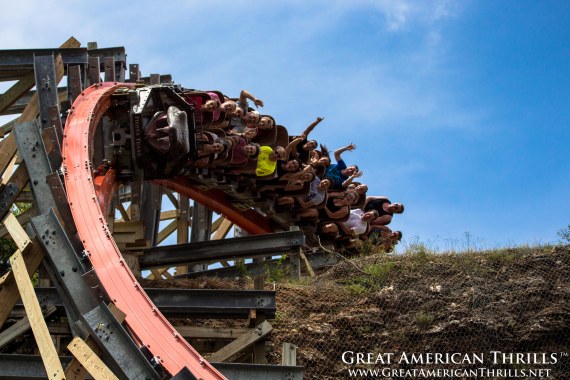 A HUGE thanks goes out to my friends at BorrowLenses for allowing me to capture such beautiful photos with their gear. 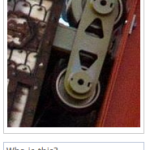 While working on editing photos from my recent marathon trip across the country these past two weeks, I couldn’t help but laugh at what Facebook thought was a face…it’s actually a wheel bogey from the “epic” Iron Rattler at Six Flags Fiesta Texas. 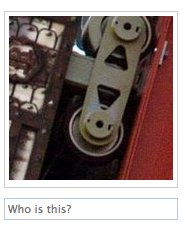 What’s your best caption for this shot?