Shockwaves are being felt throughout the coaster and park enthusiast community today as several Rocky Mountain Construction coasters around the world have been closed “until further notice” due to an apparently defective train cylinder.

Kolmården Park issued a very detailed statement late Saturday, saying a cylinder on the rides’ train is to blame for the delayed opening.

On a banner on their homepage, Dollywood posted: “Lightning Rod is closed today. The ride manufacturer ordered all of its roller coasters closed until further notice as a recalled mechanical part is replaced.”

However, several RMC coasters are still operating as of this evening.

The Joker at Six Flags Discovery Kingdom has been experiencing quite a bit of downtime since officially opening late last month, although an exact cause for it has not been announced. It, along with Twisted Colossus are currently open as of Saturday afternoon.

Hayden, ID-based Rocky Mountain Construction has yet to issue any statement on the recall or what was the impetus for removing their rides from service so suddenly and abruptly. Sadly, this has led to rampant speculation and rumors online.

Rocky Mountain Construction co-owner Fred Grubb responded to speculation online from enthusiasts as to the reason behind the delayed opening of Lightning Rod at Dollywood. Here is his full statement:

“We take the highest level of pride in every attraction we create. RMC is equally disappointed that Lightning Rod will not be opening as originally planned. We have been working with the launch system subcontractor on-site to bring it up to speed and working as intended.

As is often the case with prototype attractions and especially with launched coasters, delays are an ever-present possibility. During the course of testing, we determined that the third-party launch system would not be able to perform at the level required for proper operation.

While we strive to meet all of our deadlines, we cannot and will not sacrifice safety or ride quality in the name of saving time. RMC never has nor ever will open any new attraction until it has passed our rigorous standards.

At this time, we cannot speculate as to when the attraction will open to the general public. That date is ultimately decided upon by the customer, therefore all questions regarding an opening should be directed to Dollywood.

On behalf of all the employees at Rocky Mountain Construction, I want to personally thank the management team at Dollywood, the fans of the park as well as our fans for their patience and understanding as we work to bring you Lightning Rod.”

You can read the full release on Rocky Mountain Construction’s website, here.

Never Plan to Ride a New Coaster on Opening Day

The saying goes, “There’s only two things in life that are guaranteed – death and taxes.” It’s probably a good idea to add delays to new coasters to that as well.

Less than 48 hours before the scheduled media day, Dollywood announced last week that their launched Lightning Rod wooden roller coaster would not be opening to the public as originally planned.

Hundreds of people (and several coaster groups) had apparently made reservations at local hotels, planning on being the first to ride.

And they should have known better.

They should have seen the hints – the lack of consistent testing, the lack of updates to the park’s social media page. But no, they fell into the all-too-often-seen trap of the modern era – the race to be “first” to everything. Instead, they all left disappointed and unable to cancel their hotel reservations.

Understandably, some people were a bit miffed (just look at the comments section of their Facebook feed). As late as four days before the planned opening, park staff were promoting the ride opening to local media.

But this not a first for a launched coaster debut. Superman: The Escape at Six Flags Magic Mountain was delayed 10 months back in 1996 as Intamin worked out the kinks on it’s prototype LSM launch system.

It doesn’t help that there are several “coaster experts” and “insiders” who are spreading false information or rumors online about the ride and the length of the delay. If it doesn’t come from the park in an official statement, consider it pure bunk.

The bottom line is: If you’re planning a coaster trip to see the latest, greatest creation from B&M or Rocky Mountain Construction – or any prototype ride for that matter – don’t plan around an opening day, unless you live within a reasonable driving distance to the park.

A destination ride will be just as good on an opening day that you miss, as a regular operating day in the middle of the summer. In fact, it’ll probably be better, as all the computer bugs and operational challenges will have been overcome. 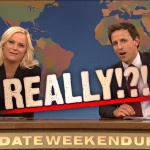 There’s a great dichotomy in the coaster enthusiast world…

We love rides, that much is certain. But sometimes, that love can go a little too far. We say that we respect the companies that create these incredible attractions, yet we can’t wait to spill the beans on new attractions. In years past, this has meant going as far as perusing company servers to find out the latest rumor or detail.

The latest case to develop on this comes from the Great Smokey Mountains, and Dollywood. Certainly one of the most anticipated new coasters to open this year is Lightning Rod – the world’s first launched wooden coaster.

But when I see posts like this – from Instagram – it makes me wonder if these people truly LOVE this industry – or are so obsessed with it, they can no longer think straight:

Now, I’ve blurred the image out of respect for Rocky Mountain Construction. But it’s the principal that matters, here.

Just because an image is online, does NOT mean it’s okay to re-share it. Would you share leaked photos of a naked selfie of a person you knew? Of course not – because you’re not a douchebag. So how can you say you love this industry, when you do everything against what the industry JUST asked you do to?

In this case, it was an easy task – JUST WAIT.

The fact of the matter is, if you’re reminded that the park or company EXPRESSLY ASKED that nothing be shared – and then you share it anyway – you’re not a true enthusiast – you’re a selfish jerk.

You’d rather share a photo than simply listen to the request of a park and / or manufacturing company you supposedly love and respect.

Doing things like this is counter-intuitive to the enthusiast mentality. Why are you hurting the very thing you purport to love? When cool perks like backstage tours or construction walk-backs start to dry up…it will be you who will ultimately be blamed.

Food for thought, everyone.