Photo of the Day: Carousel Columbia at “Blue Hour” 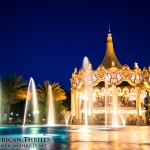 Quite simply, this is one of the best long exposures I’ve ever taken. Done with a Nikon D7100, 24-70mm lens and NO tripod – just stayed as still as possible. Columbia is still the World’s Tallest Carousel as recognized by Guinness World Records at just over 101 feet tall. 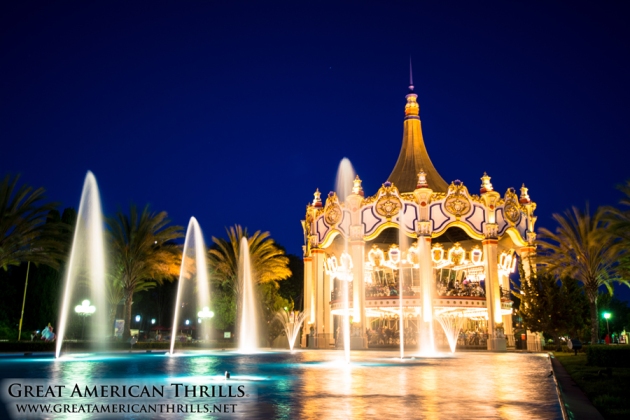 Still the tallest carousel in the world, Carousel Columbia makes for a stunning subject at night. Now, if only all the accent lighting were working…

If you’ve gone around the site lately, you’ve noticed our new, spruced up banners.

Which one is your favorite? Be sure to comment below!

Special thanks to my employer, BorrowLenses for allowing us to take awesome camera equipment out on the weekends! All the photos you see below (except for the second to last one) were shot using BL equipment! 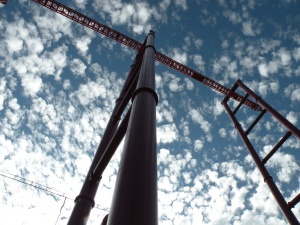 This is the jumping off point, the start of what I hope to be a fun, rewarding experience for both readers, viewers and myself.

Great American Thrills is much more than a blog…it is the result of years of visiting parks, learning everything about them, and then never being able to “squeeze the veritable sponge of theme park information” that is my brain.of things to come. If you’ve stumbled upon my little section of cyberspace, welcome.

At least twice a week (sometimes more often when parks are open) you’ll find some nce tidbits and tips here to save you and your family money at your local theme park. All the while, you’ll also learn such things as: “Why can’t I wear my sunglasses on certain rides?” “Who invented the roller coaster?” and “If there was a Mr. Disney, was there a Mr. Flags?” (No, by the way).

So just sit, back, pull down your lap bars and safety harnesses – and enjoy the ride!