Should I Go To The IAAPA Expo in Orlando?

Looking through some theme park fan message boards around September, you get a common theme: people ask about / want to go to the International Association of Amusement Parks and Attractions (IAAPA) expo in Orlando, mostly because, “it looks like fun.”

Let me clear up a few things for you all. First, IAAPA isn’t held for park fans. Don’t be confused by some of the coverage you see on some of those other park blogs, IAAPA is about just three things: buying goods, selling goods and networking for jobs. 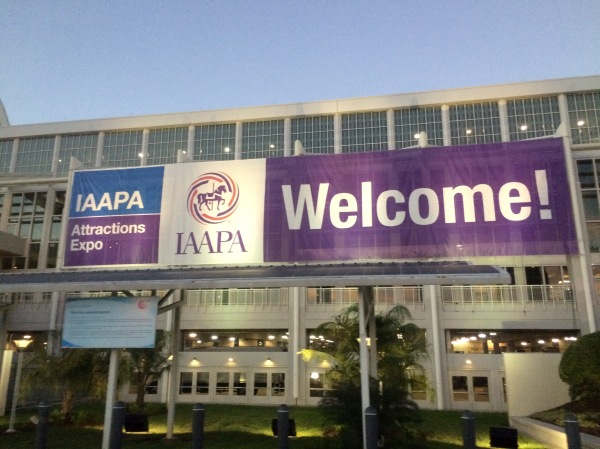 Millions upon millions of dollars are transferred in the four days this show is held. There’s a literal ton of business being done on the floor – so – if you do decide to attend this expo as a park fan, you have to know “the code.”

Attending as a park or ride fan and just barreling up to the B&M or RMC booth to swoon over Walter, Fred or Alan – especially while they’re trying to talk to potential buyers – is a massive faux paux. In some cases, a company’s livelihood can depend on the meetings they have at this expo.

Also, snapping photos or video without permission is a HUGE no-no. ALWAYS ask booth vendors if it’s okay to take a photo or record part of their booth the booth for a video.

If you’ve got actual business to discuss (such as inquiring about a job or internship) then feel free to speak to them…when they’re free. If you’re a fan and just taking in the convention for fun, it’s best to just grab some literature and move on. Speaking of discussing business… 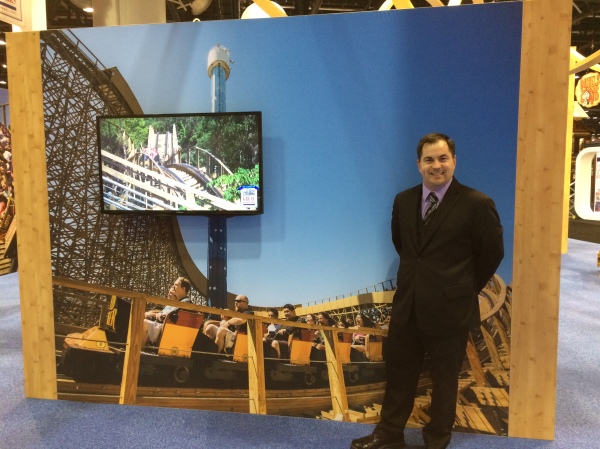 Standing next to one of my photos in the Great Coasters booth.

The amusement industry – despite being worldwide – is a very tight knit group of individuals. Everyone knows everyone and word gets around…fast. That’s why IAAPA is the perfect event to go to if you’re looking to get a job in the industry. This expo gives you the rare opportunity to meet and network with prospective employers face to face, as well as the opportunity to give them a copy of your resume and cover letter.

Take it from me – I’ve been hired because of connections I made at this expo in the past, as have several of my friends!

Now, despite what you might think from some of the other bloggers out there – the way you dress says a LOT about your purpose. Shorts and a t-shirt emblazoned with your blog’s logo are not commonplace nor looked upon well by vendors. If you want to make a good impression, stand out from the other “schlubs” and come in a suit and tie.

If your registration permits it, one of the least talked about (but best parts) of the expo are the educational seminars they hold. From learning about the business from Disney legends, to how to properly curate social media for your brand, to symposiums on laser tag – these “edu-sessions” give attendees tons of insight, but tend to not get the fanfare that the show floor does.

Speaking of the show floor – yes, it’s true – there ARE a few rides and attractions you can go on at the show. It’s just like purchasing a new car. Just remember that those vendors are there to sell that ride – not entertain you with a day-long ERT session. 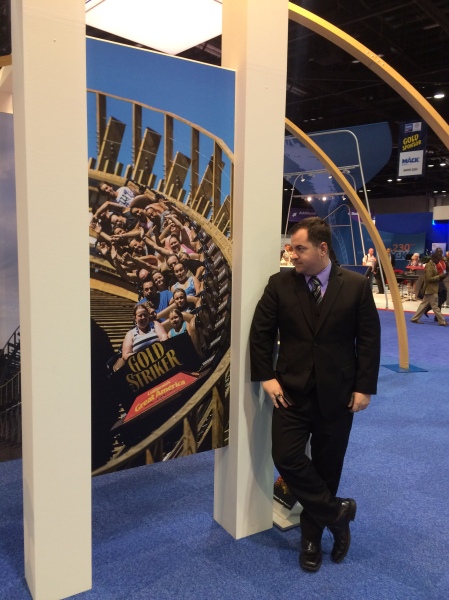 If you truly love this industry and want to make it part of your career, I would make it a point to someday visit the annual IAAPA Expo in Orlando. However, if you’re looking for a place to nerd out with other theme park fans, save your money and stick with D23. You’ll end up having more fun there, anyway. 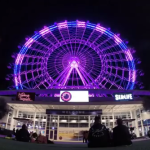 While you gobble up all the delicious food today – enjoy some short, time lapse photography I was able to capture on my recent trip to the Orlando Eye!

For the POV time-lapse – you’ll notice a short stop – something we didn’t even feel on the ride itself (it’s just so smooth in it’s movements).