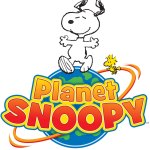 After a lengthy wait, California’s Great America finally announced their 2015 attraction – an expansion of Planet Snoopy and significant renovation of the Kidzville area. 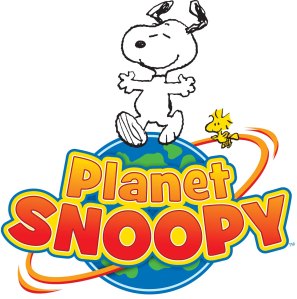 According to the park, “…three new Planet Snoopy rides will be introduced and be in place for opening day in 2015 when Great America begins its magical 39th season. The entire area known formally known as KidZville will be morphed into the expanded Planet Snoopy.”

“Great America is known for its thrill rides, but we pride ourselves on a being a park for everyone. Enhancing Planet Snoopy and introducing three attractions parents can ride with children adds to our inclusive family atmosphere,” said Great America Vice President and General Manager Raul Rehnborg.

Sharp-eyed observers to the park had noticed a new tombstone appear in the “Ride Graveyard” section of Haunt this year – indicating the change:

Photo by: Thrills by the Bay (Used with permission)

This is a welcome addition for the little tikes that visit the park. The Kidzville brand had been largely unchanged since it’s introduction in 1999. The area was well overdue for a refresh, and these rides (originally from Knott’s) will certainly do the trick.

Now, there undoubtedly be some of you that say, “That’s all – first a new Pavilion area, now this?!?” but hear me out:

The Great America Pavilion has been, by all accounts – a stunning success. The park needed to re-invest in it’s own infrastructure to give a more year-round ability – and the Pavilion has done just that. It’s a new, modern facility that can attract new groups to spend their money there. It’s also a long term investment that will pay off for decades, especially with the 49ers next door.

2016 will be the park’s 40th season. (Opened in May, 1976). Traditionally, parks like to “go big” for significant dates, as it’s more marketable. An expansion / refresh of a kids area is a relatively economical new product, that sets the stage for a much larger capital investment in 2016. Park historians will recall that when Kidzville debuted in 1999, “Project Stealth” followed soon thereafter – a $17 million investment.

Also, take a look at the other recent capital investments in Cedar Fair parks: two have received entirely new entrance plazas, capped off with (you guessed it) massive coasters. California’s Great America is one of two parks in the Cedar Fair chain to not have a high capacity, long length hyper / giga coaster (non-looping, steel coaster over 200 feet tall). The park does have a height limit of 224 feet, but also has plenty of space inside the park to build on.