This past week, a guest at Six Flags Great Adventure sued the New Jersey park, because a loose cell phone smashed into them on the “El Toro” wooden roller coaster – giving the riders “substantial injuries.” Here’s the link.

Earlier this month, trains on California Screamin’ at Disney California Adventure were e-stopped when a guest whipped out a cell phone selfie stick (apparently to film themselves) all while the ride was in motion. As a result, guests had to be evacuated and the ride was down for over an hour.

It doesn’t help when companies encourage this sort of reckless behavior, either…GoPro did pull this post down after massive backlash.

Three days later, a ride attendant at Carowinds was assaulted when they refused to allow a guest to retrieve their dropped cell phone from the show building of a dark ride. The operator was shoved to the ground as the guest proceeded to walk along the track to retrieve their precious cell phone. The ride was immediately e-stopped and security arrived shortly thereafter.

Nearly a year to the day that Disney Parks officially banned selfie sticks and phones on rides, guests are still not getting the message – leave the phone in the station or in your secured pocket – and parks have not heeded the call to make it more clear that filming on a ride isn’t safe, or tolerated.

Our partner site, Thrills By The Bay had two guests whip out their cell phone on Twisted Colossus at Six Flags Magic Mountain – and when they told the operators, “…they practically shrugged their shoulders and said, ‘Well if they lose their phone it’s on them.'”

Actually, it won’t be on them – it’ll be on the face of an innocent rider, who never saw it coming.

Loose articles have always been a problem on rides. Anyone remember when Jaguar! at Knott’s got stuck because of a guests’ jacket somehow got loose and jammed a wheel assembly? But the proliferation of phones on rides adds to the increased danger, coupled with the dense nature of the devices.

Enthusiasts have been trying to warn parks and ride operators for years now about this – but no one seems to want to listen. Sadly, it may take more suits like the one against Six Flags Great Adventure before the industry steps up and tackles this problem properly.

With the announcement of Carolina Harbor (and the all-but-certain expansion of the water park at California’s Great America in the near future), it got me thinking…

Could California’s Great America score some MAJOR brownie points and pull off one of the biggest throwbacks EVER with the re-branding of their Boomerang Bay water park to one of the classic Marriott-era themed areas – Yankee Harbor? 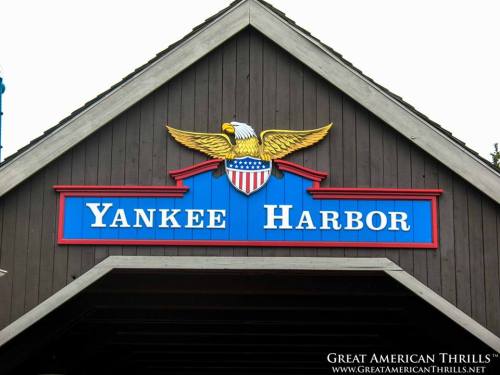 Admit it – this is a perfect name for a water park inside “GREAT AMERICA.” Photo by: Kris Rowberry.

During the Paramount-era, it wasn’t uncommon to use a singular brand across multiple parks. After all, it was cheaper and the design team only had to do one thing. But the Carowinds announcement may signal that Cedar Fair is looking to create not a singular brand identity across all their parks, but an INDIVIDUAL PARK IDENTITY.

Boomerang Bay was originally themed after Crocodile Dundee movies – but once Paramount bailed on the park, licensing forced a slight change in name. But the name really doesn’t work with the rest of the park. (Aussie area in GREAT AMERICA?) The park has already made significant efforts to revive Orleans Place, with signage and background music, so could this be the next, logical step?

What better way to mesh the old theme of the park than with a newly expanded, American-themed water park that – let’s face it – would be the GREATEST THROWBACK EVER (I.E. even I’d buy merch if it had the classic logo integrated somehow). Nostalgia sells these days – just ask the people at Busch Gardens Williamsburg who can’t keep up with demand for their Big Bad Wolf shirts…

Plus, maybe the park could get the old lighthouse to spin up and shine again.

What do you think – would you welcome a return to “Yankee Harbor” or does “Boomerang Bay” still work for you? Leave a comment below and tell me what you think:

Fury 325: From Dreams to Screams documentary

I’ve posted in the past how coaster videos are shifting – from just POV to entire documentary-style video productions. One of the artists at that forefront is Devin Olson, whom I have immense respect for.

Yesterday, he debuted his latest film – a project nearly two years in the making…

Do yourself a favor – sit back, relax and enjoy this breathtaking look at the construction of one of the tallest roller coasters in the world today, Fury 325 at Carowinds: 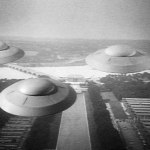 Stop me if you’ve heard this one before…

A woman accused of leaving her eight-month-old baby alone in the parking lot of a Carolina-based amusement park says God and aliens told her she needed to see the park.

Francis Greene and her boyfriend, Jason Lee, reportedly left the infant inside a truck in the Carowinds’ parking lot back in April, according to a report from the York County Sheriff’s Office. 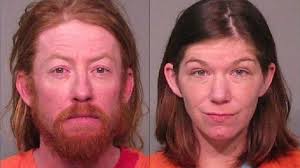 Security at Carowinds found the vehicle abandoned in the drop-off area of the parking lot and found an eight-month old baby inside the vehicle, alone, and crying.

The guard called investigators and said it was nearly 20 minutes before Greene and Lee came back to the vehicle.

Lee told investigators that Greene wanted to see the park, so he came with her to see it. They reportedly initially took the little boy inside, but brought him back to the truck.

Greene told investigators that she “heard voices from God telling her to go to the park,” the report states.

“The voices that she thought were God, were actually extra-terrestrials, and that they wanted her to leave her body behind and come with them,” deputies said Greene told them. “Greene said that she decided against that because she wanted to stay with her family.”