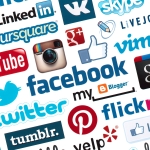 Social Media and Your Amusement Park

Arguably, the biggest change in terms of marketing in the past decade has to be the meteoric rise of social media.

In the past (referred to as web 1.0), parks and attractions had fan pages or message boards that covered daily events or changes. In some cases, these outlets also promoted the park in a positive light, but that wasn’t always guaranteed.

Today (in web 2.0), parks now have the ability to schedule and control messages to potential and repeat customers on an ongoing, daily basis. Even the best television campaign could not reach such a targeted audience.

But, being relatively new to the game, many parks don’t quite understand how to use social media properly to benefit them. Sadly, in many cases, parks are shooting themselves in the digital foot.

So how then can your park or attraction avoid the most common pitfalls of social media?

The point of social media is to start (or maintain) a conversation. Whether it’s between you and your customers, or your customers and potential customers – once a story or idea starts online it can quickly lead to revenue, if it gains enough traction and virality.

However, simply throwing up a daily update on something cool about the park is not going to reach most of your audience. Just because you have 50,000 likes on Facebook, does not mean all 50,000 are seeing your post.

Not everyone enjoys pretty pictures – some are more engaged with a “What’s this Part” or “Flashback Friday” post. Create a weekly checklist of specific post types so that you can reach a greater majority of your online audience.

2.)    Always promoting an item or product is social media poison.

Yes, we’re all looking for a quick return on investment, but consider this: If you throw away junk mail whenever it comes in your mailbox at home, why wouldn’t you do the same if presented with the same situation on your social media channels?

While a thinly veiled call to action is okay every now and then, it’s not good to fill your feed up with “BUY THIS!” in each and every post you put out. Simply put, lose the 1960’s “Mad Men” advertising jargon that we all have had been beaten into our heads over our lives, and be more, “real.”

That being said, don’t forget that your social media posts are a major (and instant) public-facing outlet that has the potential to reach millions if something goes awry.

Simply put, social media is not something you assign your seasonal marketing intern as a fun project. It should be a full-time position, as it can actually keep your audience engaged (and spending money) even in the off-seasons.

3.)    While your park or attraction may close for the night, your social media feeds don’t.

Remember that the internet is on 24/7/365. While a majority of posts are made between 8:00am and 8:00pm, that can change depending on your audience and operating hours. Responding to posts, both good and bad, in a timely manner can mean the difference between closing a sale and losing a customer for life.

In addition, the larger your social media audience becomes, the more susceptible you become to nefarious postings, such as links to pornography on your public facing wall or feed. The faster you can pull them down, the less people will have seen it.

4.)    Negative feedback on your social media feed is an opportunity, not blight.

The absolute, worst behavior a park could do when managing negative feedback on social media is to simply ignore it. There are very limited circumstances where a deleted comment or all-out ban from the page could be necessary, but if managed properly, these situations are rare.

Nothing will make an angry guest feel better than to know that someone is listening or trying to rectify the situation. Even if it’s simply re-iterating a policy that the guest does not agree with, it’s still better to show the effort to others on the feed than to delete it or worse, ignore it altogether.

5.)    Stir (and track) conversation with park centric hash tags, but don’t make it too complicated

Remember the old “Kodak Photo Spot” in your park? Hash tags are the new photo spot. Create a simple one to see what people are doing and saying in your park, along with mentions of things that people may talk about, such as new attractions.

Because you’ll be tracking mentions and hash tags, you’ll quickly discover that a good majority of your social media content literally writes or creates itself. You can share guest photos, positive experiences and interact directly with them. I guarantee they’ll want to share with all their friends and family that, “…’So and So Park’ re-tweeted my pic!” That’s social media at work.

6.)    Use cell phone photos only when absolutely necessary – have a DSLR with you.

Cell phone cameras are convenient, yes – but they have limitations in terms of quality. While it’s easy to post an update from inside your park via phone, try to resist. A higher quality photo – from a SLR style camera – will allow you to add logo watermarks back in the office. A higher quality photo will also encourage people to save it on their desktop or share it with others – where it will always be in front of them at work, home or their mobile device. And your logo is right there next to it.

Shares and re-tweets, however can be cell phone shots – as these are directly from guests. A higher quality photo automatically sets the parks’ content above the guests, so it becomes more recognizable.

7.)    Use the outlets that work the best for your skill and for your park.

While it’s not a bad idea to get your feet in the water on as many of the popular social networks as possible – beware that they all have different audiences and content requirements. Google+ tends to be a more educated, affluent crowd. Instagram requires only photos, while Pinterest is weighted heavily towards women.

Don’t try to overreach when you first start off – go with the outlets that make most sense to you and your audience. Once you’re comfortable, slowly begin to expand. Sometimes too much of a good thing is well, too much!