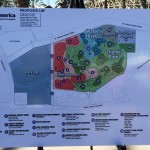 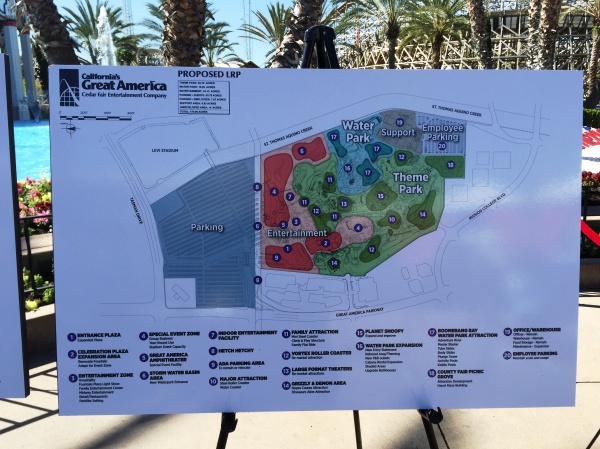 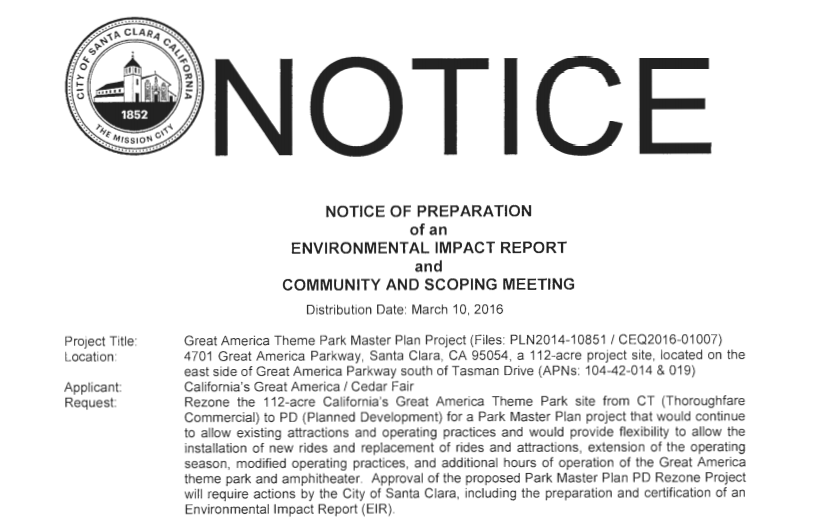 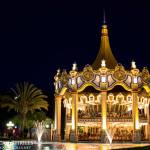 As the sun rose on it’s historic 40th anniversary this morning, the fate of California’s Great America still seemed very much up in the air.

With a pending sale of the land it sits on and confirmation from our own investigation that several members of the Santa Clara City Council have entertained redevelopment proposals – all of which called for demolition of the park – it seemed that we would soon be watching our 39th Lost Park in the Bay Area.

However, there is some potential, good news to report. Speaking to the San Jose Mercury News, park General Manager, Raul Rehnborg said that Cedar Fair, “…intends to keep and grow the park exactly where it is through the year 2074.” That’s when the current lease on the park expires.

He added that there is no more debating the park’s future – they are here to stay. You can find the full article, here.

I’ve written at length here before about why Cedar Fair should’t and wouldn’t let this park go – so it’s great to hear directly from senior management that this is indeed, appears to be the case. We’ll now look forward to the actual sale proceedings from the City of Santa Clara come this June and official statements from the park as well.

What do you think of this news – are you excited or still not convinced the park is staying? Let me know in the comments section or on our social media links! 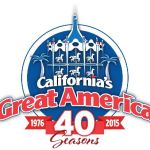 California’s Great America has been a fixture of the City of Santa Clara and for that matter the entirety of Northern California since late 1975.  But a recent story by SanJoseInside.com pointed to several sources inside Santa Clara City Hall, that said they don’t expect the park to be around for much longer.

Now, I know something about “Lost Parks” and this story doesn’t feel like the pattern that those parks have followed.

Specifically, the story claims that Mayor Jamie Matthews, along with Councilwoman Lisa Gillmor oversaw a presentation by the Irvine Company (who have ties to the 49ers) that showed the Great America site replaced by an office complex and high density housing (condos).

I reached out to Mayor Matthews, who told me he, “…did not recall any such presentation,” and added that his preference, “…would be to see the park stay. I was there opening day.”

Repeated calls to Councilwoman Gillmor were not returned.

So why are we even entertaining this idea that the park land is being sold off?

Well, when the City of Santa Clara bought the park and land from Marriott’s back in the 1980’s, it was to stop the hotel chain from building – you guessed it – an office park. Santa Clara purchased the park via it’s redevelopment agency and wrote into the city’s master plan that the land was to be used for an amusement park/ The park would be owned by the city but assets (I.E. rides and improvements) would be owned and operated by an established amusement park operator.

Fast forward to the 2000’s, and California’s legislature effectively raids redevelopment agencies coffers to pay down the defect – and eventually disbands them, forcing them to sell off all their assets. The land under Great America, along with the golf course and convention center in Santa Clara are part of the redevelopment agencies’ assets.

Indeed, the park does sit in the middle of a real estate buying boom (where the average household rent is in excess of $2300 for a one bedroom apartment). Commercial real estate is just as in-demand.

However, several sources tell Great American Thrills an entirely different story. They say that Cedar Fair is indeed, committed to keeping Great America around for the long haul, citing the length of the current lease – which was recently extended to 2074 – a recent re-zoning application, which will allow for newer attractions and several clauses in the lease itself that give the park the upper hand.

Here’s the full statement from the corporate office in Sandusky, OH:

“We believe that Great America has compelling potential for future development as an amusement park and entertainment venue.  Consistent with our long-term vision for Great America we have filed a rezoning application with the City of Santa Clara that would allow for the addition of new attractions, shows and events that will enhance the guest experience.  In light of the fact that our ground lease runs through 2074 we have the necessary control of the property to pursue our long-term vision.  In addition, we have also created enough financial flexibility to exercise our right of first refusal for the purchase of the property and that option will be considered as the land sale process moves forward.”

So what does this all mean? To me, it says the park isn’t going anywhere. Cedar Fair has already spent too much to NOT buy the park land for themselves – and breaking a lease with over half a century still left on it will be tied up in court for years.

This isn’t the Kinzel-era, anymore. His obsession with garbage cans is not the top priority anymore. It’s claimed that current CEO Matt Ouimet (who comes form Disney) said after touring Great America for the first time, that it was, “…a diamond in the rough,” and, “Why did we treat this park so badly?”

Yes, the park hasn’t received that monster attraction in recent years – but neither has several other parks in the Cedar Fair chain. The investments that have come in the past few years over the LONG TERM are going to keep the park in far healthier shape fiscally than any one coaster would. And the key words there are “long term.”

Now, if the park DOESN’T buy the land underneigh it – that’s something to watch for. There’s still the lease to break AND the master plan, which would need a vote by the residents of Santa Clara in order to change…

To sum it up: Don’t write off Great America just yet – keep enjoying it.