Today, the American Coaster Enthusiasts revealed the official design to Coaster Con XXXVII – and I can’t help but laugh – as it’s nearly identical to the REAL proposal to build a coaster on both the Golden Gate and Bay Bridges!

Learn more about the incredible (albeit insane) idea of the Golden Gate Bolt in the next episode of the “Lost Parks of Northern California” debuting in the next few months! 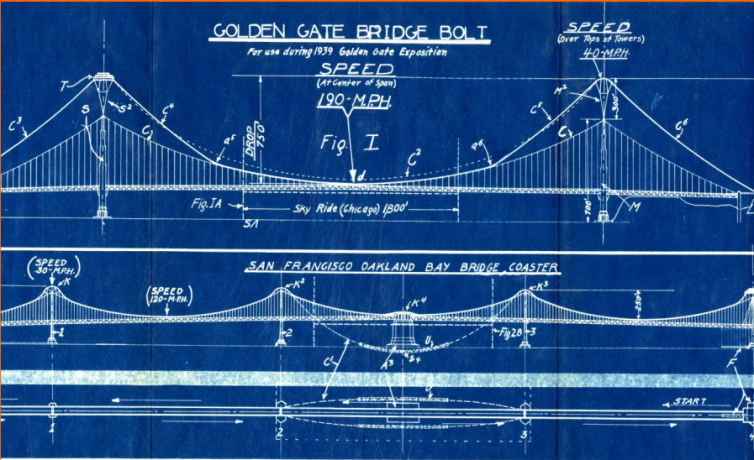 With the event coming up this June in Northern California, we’re all just a little excited to show off just how much we love our parks and our history – let’s ride!