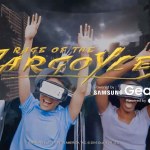 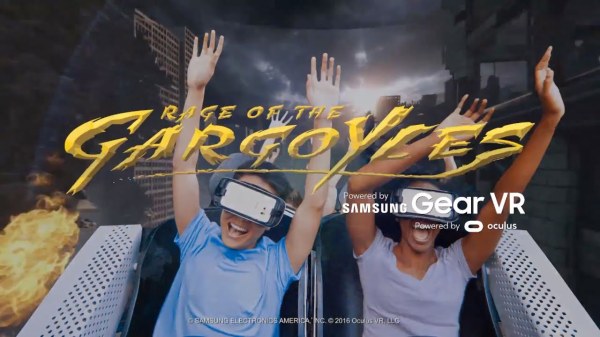 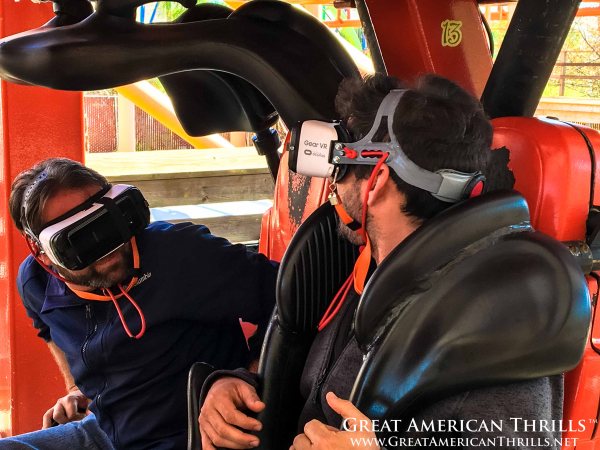 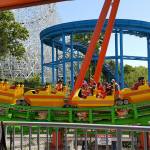 Earlier this week, the Boomerang roller coaster at Six Flags St. Louis had a significant malfunction, which stranded a train at the bottom of the second lift, with what appeared to be a derailed wheel assembly in car number four. Several passengers were taken to a local area hospital for precautionary reasons. The ride has remained shut down pending an internal and state investigation.

The park not open to the public at the time, but was operating as part of a “School Days” event with local children and their teachers.

In a statement the park said, “Boomerang did not complete its normal ride cycle causing it to stop at a mid-point location where all guests safely exited the ride. Our First Aid staff responded immediately and four guests were transported to a local medical facility as a precautionary measure. The safety of our guests is our top priority and the ride will be closed for a thorough inspection before re-opening.”

It is not unusual for a Vekoma Boomerang model to make news, sadly. Because of the complexities of it’s dual-lift and shuttle nature, a multitude of issues can come together to cause a stranded (or valleyed) train. This is why the ride has brakes strategically placed on the ride in order to limit the possibility of a stranded train.

That being said, gauging from photos taken at the scene – this is no ordinary Boomerang valley:

Back in 2013, I had the luck of being at Six Flags St. Louis when this ride opened and can report it operated fine that day, but was closed that next week due to issues with it’s second lift chain. 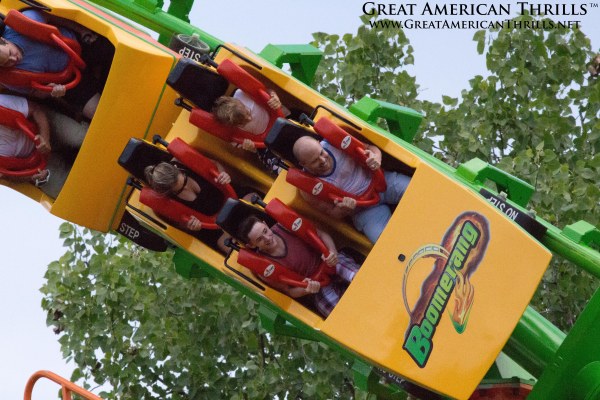 I, along with most who watch or work in the amusement community will look forward to hearing what the investigation comes up with – and will leave the speculation as to what exactly occurred to the “coaster pundits” that seem to thrive on this sort of event.

That all being said, a friendly reminder to anyone who might be dissuaded of going on a coaster after news like this: your odds are better of being struck by lightning or being hurt driving TO your local amusement or theme park than being injured on any ride or coaster.

Photo of the Day: Boomerang at Six Flags St. Louis 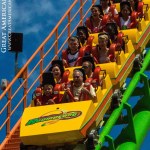 Yesterday, Six Flags St. Louis unveiled their latest coaster in their collection and Great American Thrills was there on OPENING DAY to see what the venerable Vekoma design had in store for guests.

Amazingly, the ride is SMOOTH for a Vekoma – and the park is working diligently to improve the catch on the second hill to eliminate that traditional “thud” that’s so common on this model. The ride sits between the Tidal Wave flume, Sky Screamer and venerable Screamin’ Eagle wooden coaster at the top of the park. 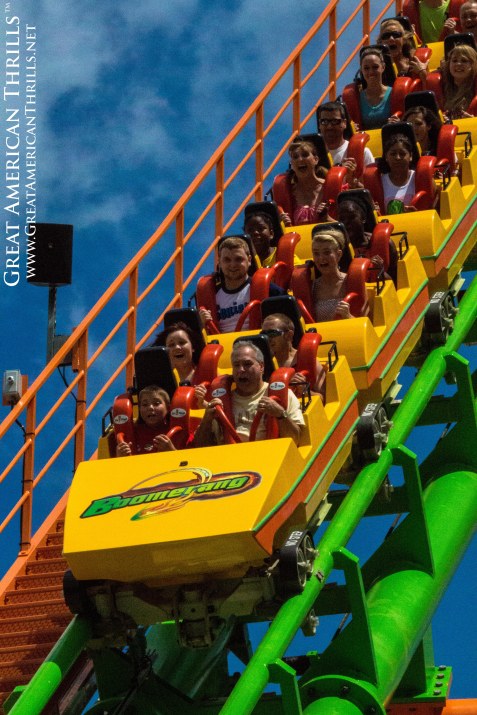