Today’s post is of Ron Toomer, Arrow’s first engineer and the man behind some of the most iconic steel coasters ever built. While the company may be best remembered for their rides – remember that without the people behind them, they would have most certainly never have existed.

See you there tomorrow evening! 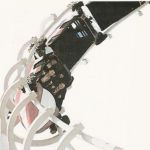